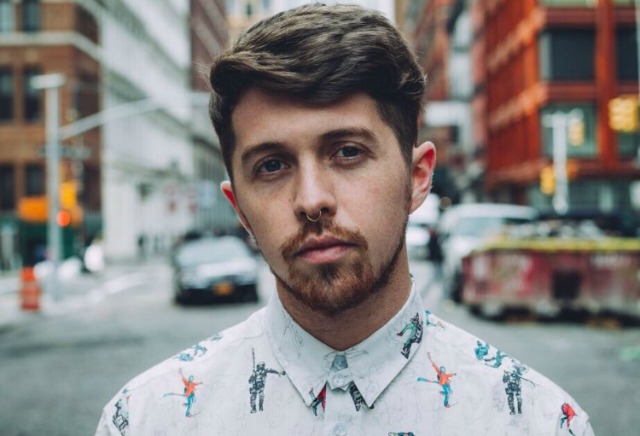 Indie pop recording artist Sean McVerry is a recording artist out of Brooklyn, New York. He creates well thought music with a mixture of folk and electronica. His sound is truly unique. When we first heard his music through our office speakers, we immediately started talks to feature him on HerCastleGirls.com. Our favorite track right now is Kerosene. We HIGHLY suggest you add him to your playlist.  Sean is currently on tour, but he made time for us and our random questions.

If there is any place in the world that you could go, where would it be and why?

Ireland. I haven’t been yet, and I supposedly have a bunch of family over there. I’ve always had this very romantic vision of this “homecoming” scenario where as soon as I step off the plane (or boat?, usually have a boat in my head for some reason) I’ll be greeted by like, one hundred and fifty McVerrys waiting for me with Sheep dogs and barrels of whiskey. On top of that, I’m inspired a lot by architecture and have always wanted to visit the trinity college library (google search that right now).

When it comes to Netflix, What have you been binging on recently?

Like the rest of the free world, Making a Murderer. I’m putting Dean Strang on the guest list when we hit Madison, Wisconsin on this tour.

Superman or Batman? and Why?

Never was a big DC comic guy tbh. I’m going to go with Batman, although in reality he’s just a rich dude with a lot of expensive toys. Same could be said of Iron Man I guess though? I like Iron Man. I’m not sure, I’m conflicted on this. Batman though, Batman for sure. Better villains in Batman.

​​Would you prefer to be smart or happy, and why?
DEEP. That is a very good question. I’m inclined to say smart? I feel like If I was just happy I wouldn’t be able to write any music with emotional depth. Then I suppose I would never feel satisfied with what I was creating since satisfaction is a branch of happiness? This is another Batman v Superman question. It’s kind of like an Of Mice and Men situation. I could be George and see the truth in the world and carry that weight with me, or I could be Lennie and be just a big affable idiot. Lennie ends up in a ditch, so let’s go with George and smarts.
​​In regards to your latest release, which track or tracks should we have on repeat right now?
I mean, the whole thing is only clocking in around eleven minutes in length so I’m going to say rock the whole EP, live a little!