For a designer, showcasing your work at Fashion Week is not only a dream, but a feat that many designers never reach. In less than 2 years, Adrian Wu has racked up a list of fashionable achievements working as a Much Music correspondent, being featured in Flare and Fashion Magazine and being tapped for creative collaborations. Adrian, the youngest designer to show at Toronto’s LG Fashion Week this year, received mixed, but hopeful reviews, for his ‘Creatures of the Photons’ Spring/Summer 2012 collection. We caught up with Adrian as he’s launched his Holiday 2011 collection this week, featuring silks of silver, gold, navy and black. We talked about Adrian’s influences from great Canadian fashion history to the European fashion industry, and his plans for the near future.
HerCastleGirls- Why did you decide to create a Holiday Collection?
Adrian Wu– Being a fashion designer, I did a lot of research in terms of what the International markets are doing. Like CHANEL, Fendi, mostly European. Both of them do come out with four collections a year, so I thought to myself, ‘Why can’t Canadian designers do this?’ And I think that’s a good justification.
HCG- Yes, I think it was a great idea too. Especially with the success that you’ve had this year being able to have something extra to come out this year is a great idea. What was the inspiration behind this collection? We noticed there was a lot of black with silver and gold silks.
AW– It was partly inspired by the venue to be honest. Signature shows, which sponsored the event, they approached me to do a fashion show at the Ottawa Convention Centre and when I checked out the venue I noticed the structure; very modern architecture, abstract carpet. I was kind of inspired by contradicting what I usually do, you know, extravagant colors and heavy fabrics. I guess its partially exciting modernism and I guess the main inspiration would be merging the two ideas of minimalism and cubism or, one can say, the opposite of minimalism, maximism. 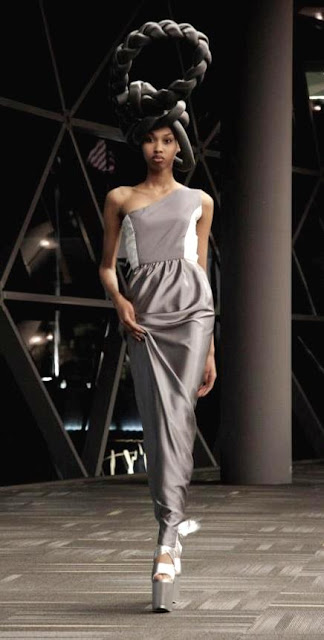 HCG- As you were saying, you were dealing with different fabrics that were very light, very soft and flowly.  As a designer, did you see that as a challenge and did it excite you to be working with something so different then what you’ve done previously?
AW– I feel like I always put myself in these uncomfortable situations. I tend to choose things I can’t stand and try to make them beautiful. It was challenge also because, I do notice many Canadian designers do use these types of fabrics taffeta and silks but I’m one to never use these fabrics. I wanted to do my take on this type of simplicity of , I guess, luxury wear.
HCG- Immediately, we saw the differences between this collection and the last that we saw at LG Toronto Fashion Week. Now that you’ve done Toronto’s LG Fashion Week, what did you learn from that experience? What did you learn from that and apply to this show, you think?
AW– I think that’s a really good question. In terms of the collection I learned that not everyone is going to get my vision and I learned that I need to understand less is more. What I did at LG Fashion Week it was extreme maximism. It was extreme and it taught me also that there is a difference between crowds. There is a difference between the types of people that are going to critique your work. The art crowd is going to critique you differently then fashion crowd. A fashion crowd is going to critique you differently then a individual with a PhD. This experience has taught me about my own potential, ‘Wait a minute, I guess I can do this. I can do this job.’ It gave me a little bit of hope that this collection would turn out a little better.
HCG– What do you have planned for the near future for your line and your brand? You’ve had such great success this year, being a young designer, how do you plan on capitalizing on this success?
AW– I think one must define this idea of success. People might have a pre-convinced notion of how hard I work or how little I work or how much money I make. I think, in terms of the future, I don’t know if most people know this, but my dream is not to have my name or my brand to be well known or a household name. I think my dream for the future is to work for a really historic designer, someone who has inspired my way of living like CHANEL or Dior, even an historic Canadian designer like ROOTS.
HCG– Like, Iconic?
AW– Yes! Like The Bay, Hudson Bay Company is a huge example of real historic fashion history. My dream for the future is to stay in fashion to be honest and to continue to do what I do and if you want to talk specifically, I’m opening a studio in downtown Toronto the end of this year and the doors are completely wide open.

HCG– I think that’s really interesting that you are allowing your studio doors to be open. There are a lot of designers that are very mysterious with the process of the entire operation and then we have you with your studio windows where you can look in and see what’s happening. Where does that concept come from?
AW– That concept completely comes from my own personality. My friends know me, my family knows me as someone who really doesn’t believe in secrets. When you don’t have secrets you don’t have anything to hide. I guess one could say, there is too much, you don’t want to over expose but I think that, for me, I was brought up in a very open childhood and an open family. Everything is honest, there a no issues. If you think about it, if everything is open and truthful there is nothing to argue about and that goes back to putting myself in my work. As commercial as this business is, its me putting myself out there and I want to be as genuine as possible. 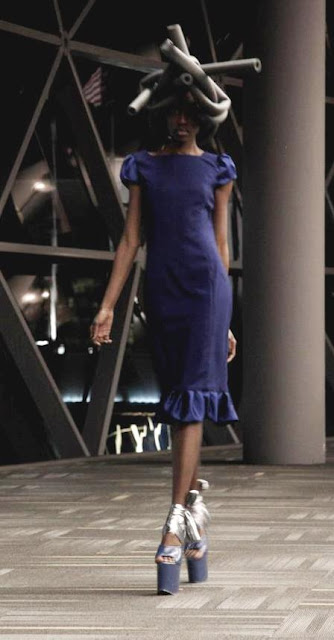 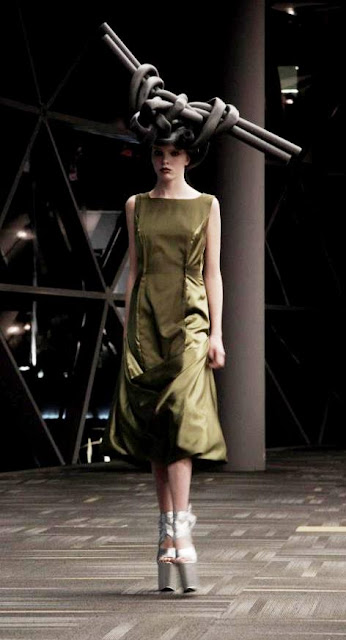 It is obvious Adrian Wu is talented, focussed, determined to make it in the Fashion Industry, not only in Canada, but internationally, as an genuine artist. We will be there to document his journey, of course. If you haven’t already, read our Adrian Wu LG Fashion Week coverage here.
http://www.adrianwu.com/
Stilettos & Rock n Roll,

Carcia & Telly are the mindful, fashionable lifestyle content creators behind Brightmindsetproject. They believe you can live your best quality life through intention, self-care and self-compassion. You can be spiritual and so cool!