She is so New York.
She is so edgy.
She is Debbie Harry, the front women of the punk/new wave band Blondie. Her singing career overshadows her acting career, where she’s appeared in over 30 film roles and many tv appearances. You must have heard ‘Heart Of Glass’ at a few parties and clubs, but before Gwen Stephani, Fergie, and Ke$sha took on the “poppy-girly” rap style, Debbie was a pioneer, rapping in the hit track Rapture, making the first #1 Hip-hop song and the first Hip-hop song on MTV. Coolest thing? Blondie is still working and touring! Their latest release, Panic of Girls, was released this past September. 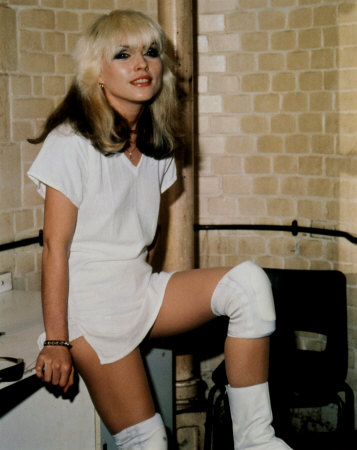 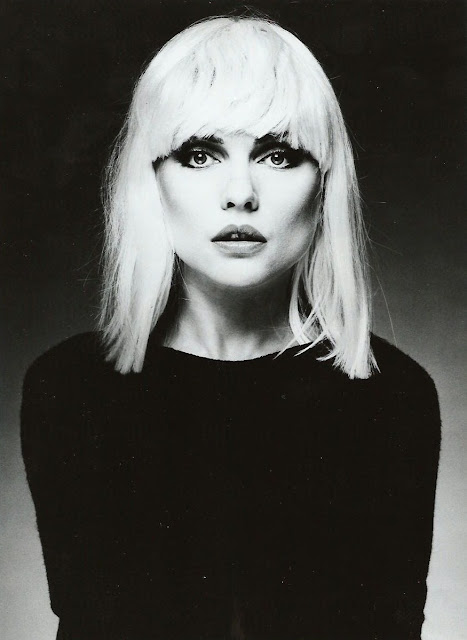 two-toned bleach-blonde hair
Street wise style
Red lips
Tight fit
Denim from head to toe
Leather jackets & shorts
Cool Confidence
I don’t mind if my skull ends up on a shelf as long as it’s got my name on it. Debbie Harry 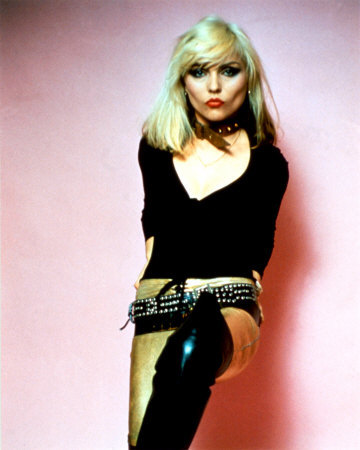 Many fashionista’s use Debbie Harry as the primary influence of female rockstar styling!

I do know the effect that music still has on me – I’m completely vulnerable to it. I’m seduced by it.
Debbie Harry
Debbie is so dear to our hearts. She is the perfect mix of personal style and music.
She’s just…Iconic.
Stilettos & Rock n Roll,