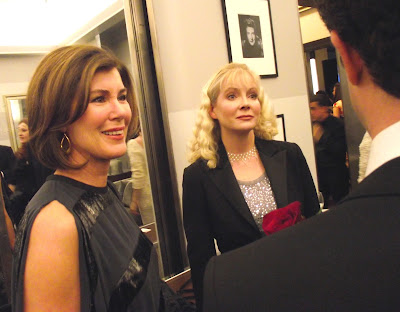 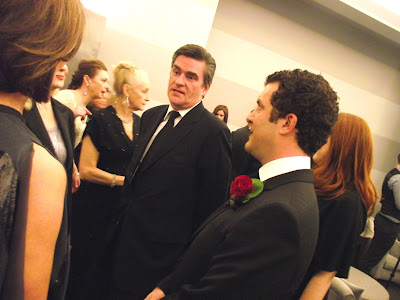 Rick Mercer was the Actra Award of Excellence recipient for his outstanding work in This Hour has 22 Minutes, Made in Canada, and Talking to Americans and the Rick Mercer Report. 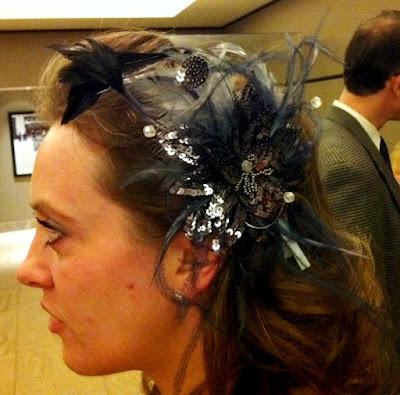 The ladies were dressed up, displaying some eye-catching fascinators! 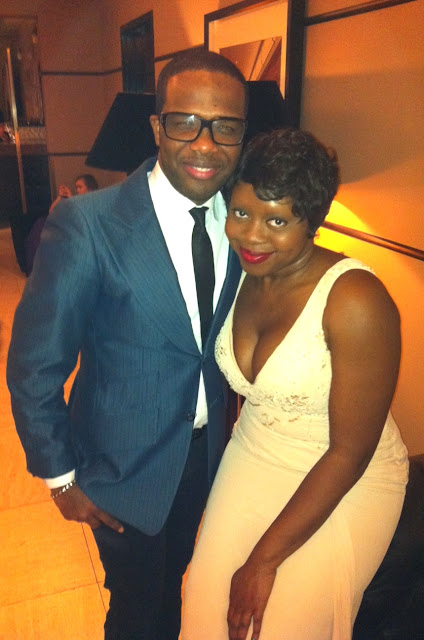 Guys, you must get bored with black blazers for black tie events. Take a hint from our friend O`Neil and wear a fierce blue jacket and thick rimmed glasses. 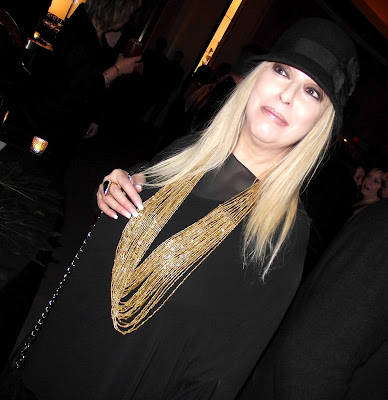 Nikki, Psychic To The Stars! She`s on The Edge 102.1 morning show here in Toronto. 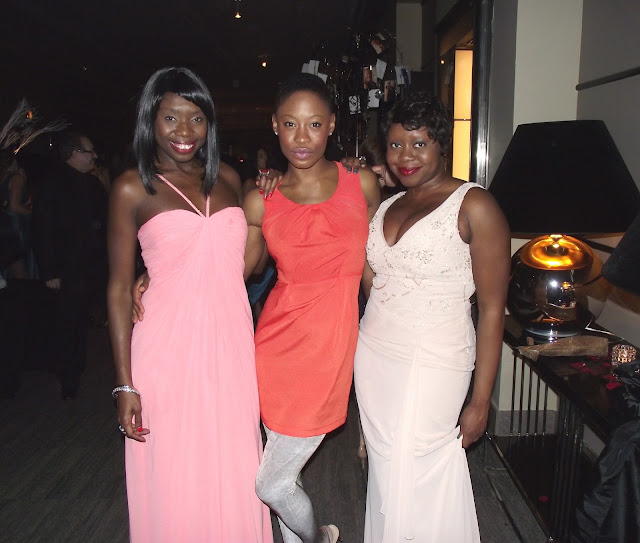 Its only February and we are busting out the light nudes and color. Telly and I wore gowns we purchased at the Windfall Bridal Sale. We showed them off to you before alterations & make up.

It seems like the Actra Awards get larger every year! After dancing we bumped into Karen Ivany, The ACTRA Awards Chair and Producer who told us a larger venue may be considered for 2013. Check out our Facebook page for more images!